Wanda Alice McKee Henderson | The sun on the north side 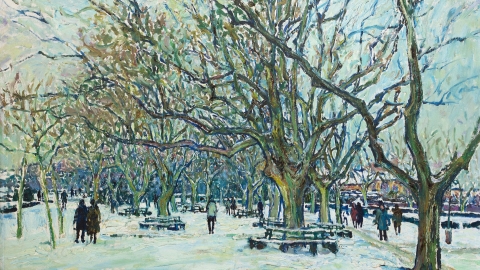 CHICAGO – Yannis Tsarouchis, the gay Greek artist-provocateur, was way ahead of his time. His mid-20th century paintings explored homoeroticism when these themes were still highly taboo. Dancing in real life, a full investigation at Wrightwood 659, shines a well-deserved spotlight on the artist. With more than 200 works, this is the first major exhibition of Tsarouchis in the United States and calls for the recognition of this modernist painter as a pioneer of queer art.

Born in Piraeus, Greece, in 1910, Tsarouchis studied at the Athens School of Fine Arts while working as a set designer. Among the highlights of the exhibition is documentation of Tsarouchis’ work for theater and opera, including set sketches and photographs with the luminaries he has collaborated with, including Maria Callas and Samuel Beckett.

The influences of Tsarouchis painting ranged from Byzantine and El Greco art to Western modernism. In works like “The Thinker” (1936) and “Seated Dark-Haired Youth in Overcoat” (1937), he takes up Matisse’s ornamental approach. “The Thinker” also satirizes Rodin’s famous modernist sculpture. In Tsarouchis’ work, the sitter – a dark haired young man in a blue striped suit – looks good-natured rather than thoughtful. The frontal pose and the direct gaze of the young man suggest seduction, while the weight of the Rodinian hand supporting a massive head is transposed into a feather brush of an index finger against a cheek.

Wrightwood’s three-story exhibition is organized chronologically but sometimes juxtaposes works from different periods, to underline Tsarouchis’ enduring commitment to portraying gay men. The sensual gouache on paper, “Diadoumenos and Eros” (1970), for example, rubs shoulders with two pencil drawings, “Excursion in car B” and “Excursion in car C” (1937), in which Tsarouchis depicts a spontaneous escapade towards the coast. The latter’s shameless intimacy – naked young people lounging around a car, symbols of virility – is a good example of the artist’s constant desire to frankly represent sexual encounters.

Another recurring theme for Tsarouchis was updating classic styles or themes. In the 1970s, for example, he queer a number of Renaissance and Baroque paintings. Elsewhere, in her 1960s butterfly-winged male nudes, her kitschy play brings out the tension between the genre’s obvious sex appeal and the elaborate dressing of its sexual content in uplifting classic allegory. Meanwhile, “Diadoumenos” also conceals the homoerotic content under the (very thin) guise of classical mythology.

Tsarouchis served on the Axis side during World War II and, unsurprisingly, may have explored taboos surrounding gay men in uniform. In his dreamlike watercolor “Study for the Beach” (1962), bathers in various stages of undressing linger in the shade of a large rock. The brilliant contrast of a man’s pristine white uniform against the vulnerable pink flesh of others, recalls Susan Sontag’s essay “Fascinating Fascism,” on sadomasochism and the complex role that fascist uniforms and aesthetics play. in fetishistic fantasies.

In one of Tsarouchis’ most intriguing compositions, the large oil painting “The Forgotten Garrison” (1956), three dressed soldiers, alternately naked torso and buttocks, bask in the barracks. The dark and gloomy tones of the composition – one might call them Rembrandt-esque – belies the sexually charged atmosphere of their crossed gazes.

Yet Tsarouchis’ daring came at a price. In 1952, one of his paintings was removed from an exhibition after the Royal Hellenic Navy denounced his depiction of a sailor on a bed with a naked man as offensive. In 1959, the play featuring its scenography (directed by Aristophane The birds) was canceled as the right-wing Greek government imposed severe measures against homosexuality. After the 1967 military coup, Tsarouchis lived in Paris until 1981. Although he continued to paint and returned to visiting Greece after the fall of the junta in 1974, the exhibition at Wrightwood nonetheless left me with the feeling of a creative flow blocked halfway. Tsarouchis’ self-exile, in particular, made me wonder if his daring art would have been recognized more widely, or earlier, if his career had not been disrupted. 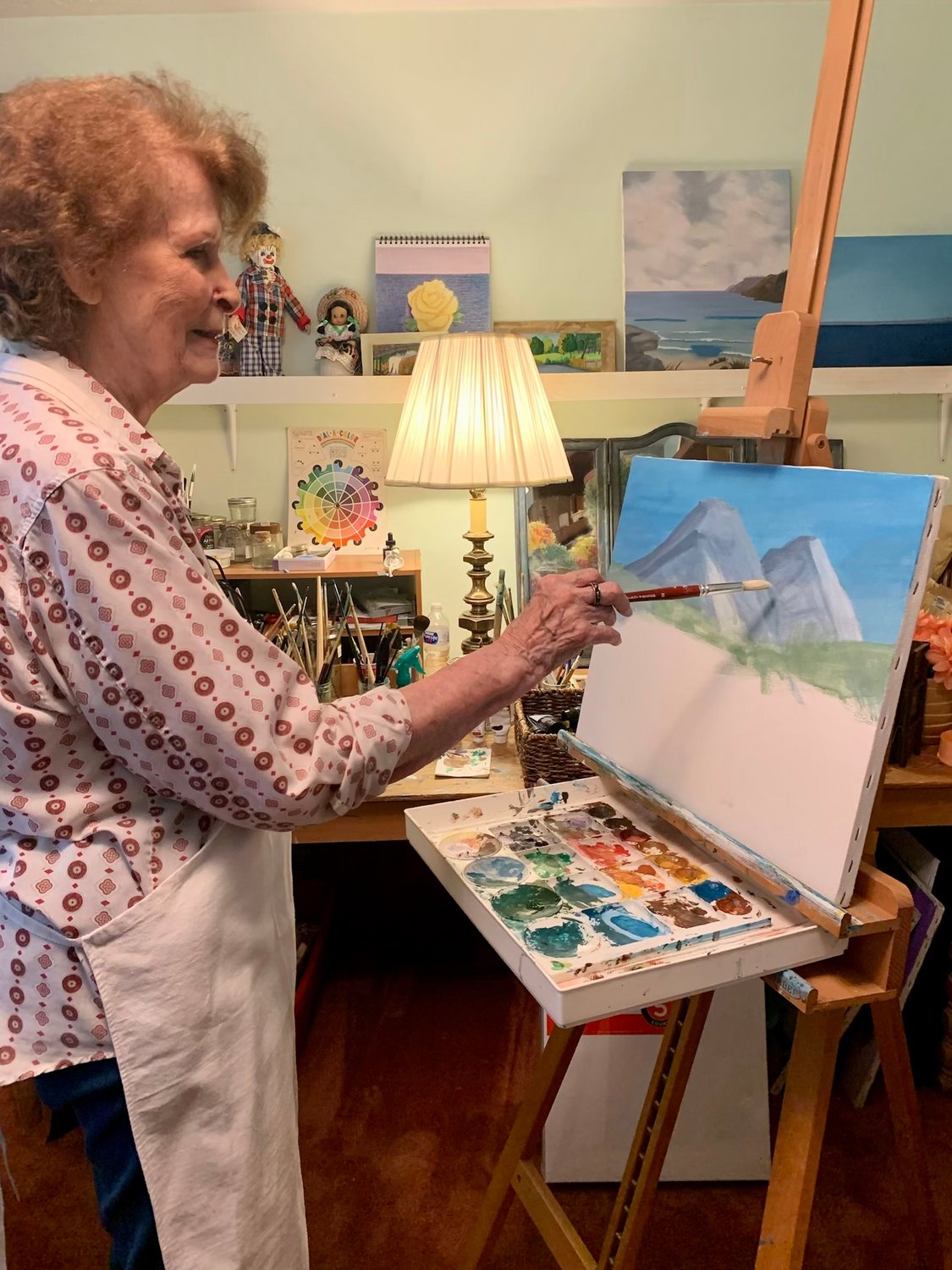 Artist Sherrill, 95, enjoys sharing scenic landscapes and other works with the community

SHERRILL – At 95, Sherrill resident Mary L. Tiffin keeps herself busy and active with …