From darkness to a bright future

Dipali Rabadiya won first place for his painting “Eggs and Cups”, which was sold and claimed. This painting, also by Rabadiya, has a similar theme.

The church service is held at Walker Chapel United Methodist Church on Glebe Road in Arlington on Sunday, November 14. Parishioners head to their community hall to browse the McLean Art Society (MAS) show. The show began with a reception on the evening of Friday, November 12, followed by the awarding of ribbons by juror Allen Bentley for first to fifth place. One hundred and twenty hanging paintings and 90 table tops by artists from the region are on display and on sale to the public. 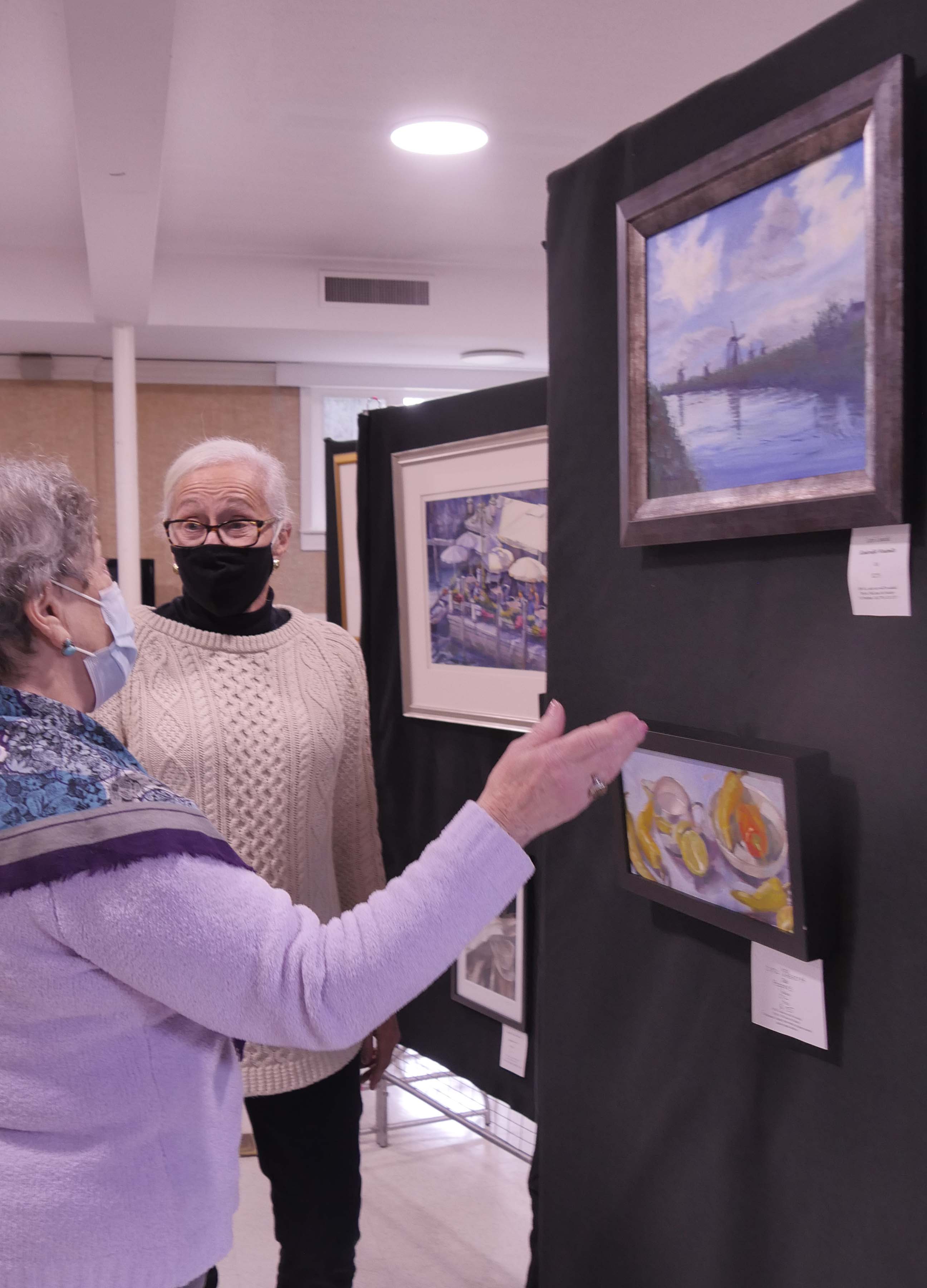 Lisiecki and Landry look at the painting “The Windmills of Kinderdijk” which is based on a trip Lisiecki made to the Netherlands several years ago.

Lori Lisiecki, co-chair of the event, said Dipali Rabadiya’s first painting has already sold. It was called “Eggs and Cups” and looked like that. “The painting showed broken eggs in a transparent bowl depicted with coffee cups. The juror liked the way the objects appeared to be etched. The first painting has already been claimed, but Lisiecki points to another painting by the same artist, a different version of the eggs and cups, still on display.

Rabadiya grew up in India and painted from childhood. She paints daily and believes painting often, and small items, inspires artistic skills and encourages the individual to be more creative.

Around the corner, Lisiecki’s oil painting, “The Windmills of Kinderdijk”, is on display; take it home for $ 275. Lisiecki says she saw these windmills on a trip to the Netherlands where the small village was famous for its 18th century windmills. “It was a rainy day and I was standing on a bridge over a canal. I tried to capture the subdued atmosphere and the architecture of the structure against the sky. She said she took photos that she could work with when she got home, and then spent days capturing the experience.

Judith Landry, the co-chair of the event, is also exhibiting a painting inspired by a painting trip she took about five years ago. She remembers crossing the bridge, “and there it was, Notre Dame Cathedral in Paris, in a breathtaking scene. It was almost perfect. He kind of painted himself. Landry says the painting process took a few days. She lets her paint rest, both so that the oil dries as it goes, but also to give it time to reflect and put its point of view.

A family arrives around the corner and 10-year-old Emily Maginnis, who attends Jamestown Elementary School in Arlington, stops in front of Landry’s painting. Her mother explains that Emily enjoys painting, “my favorite subject”, and Emily adds, “mostly trees”. Emily’s younger brother points to a nearby photo that he likes because of the water. “You know you’ve been there, Will. It’s in Georgetown, near where your grandparents live.

The MAS was established in 1955 as a voluntary organization focused on expanding the interests of members and providing artists of all skill levels the opportunity to show their art in a variety of media through regular exhibitions.

Monthly meetings are held at the McLean Community Center and are open to the public.